Mr. PB and I hopped on a plane and headed to the Cheese State at the end of June for Packers and Cheese’s wedding. We had an AMAZING time and Cheese put so much time and effort in to the wedding that I was insanely impressed and completely inspired. Packers and Cheese may have became a Mr. and Mrs. that weekend and I became Miss. Inspired. 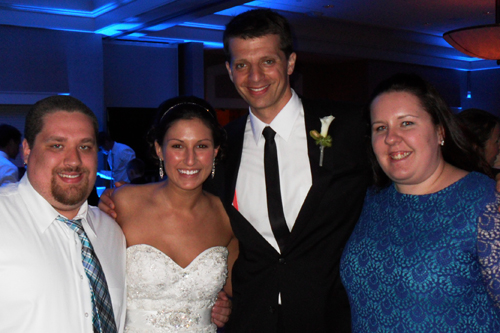 A couple of days later on a break at work, I checked Facebook. A local bridal salon, Blushing Bride, posted that it was having a 75 percent off sample sale.

I hadn’t taken my lunch yet so I decided I would use my lunch to head to the bridal salon up the road. I didn’t expect to find anything seeing the way my luck had been but at 75 percent off, it was worth a trip.

The sale was only on sample dresses so if I found a dress I liked and in my size, I could leave with it the same day. I started looking around the store, I was the only customer there. I saw a couple of dresses that I might maybe get if I really wanted to force myself but I wasn’t head over heels for them. I decided that it wasn’t meant to be and started to go towards the exit. As I did, the consultant approached me and we started talking. I felt awkward so I was just looking around and noticed a dress on a form in the window. It piqued my interest so I asked the consultant to check the size. It was one size smaller than what I am right now but I wanted to see it nonetheless.

As I began to look at it, it looked remarkably familiar. I quickly grabbed the tag on the dress and my suspicions were confirmed: this dress, a sample at a boutique that I could purchase for 75 percent off, was made by the same designer as the dress I kept dreaming of. It had the same fabric, very similar details and would end up costing $200. Yes, you read that right correctly: TWO HUNDRED DOLLARS! FOR A WEDDING DRESS! Sure it was a sample and had signs of being worn around a bridal salon (minimal dirt on the bottom edges, tiny spots on one of the fabrics and a 1″ black mark on the back of the train) but those things could easily be taken care of with a dry cleaning.

I put the dress on and immediately had a panic moment – can I really buy this dress without a second opinion (not counting the consultant)? It was during a weekday so most of my girls and the moms were at work but Sharpie was still on maternity leave so I frantically called her. She scurried over to the boutique and confirmed that I had to buy the dress. Minutes later, I was walking out of a bridal shop with my wedding dress. I kept telling myself that I just bought my wedding dress and it seemed so crazy, I couldn’t believe it. But there she was, resting in my trunk.

Did you take a chance and buy a sample dress? Were you having a hard time processing that your dress shopping was in fact over and the dress was purchased?

Foreword: When thinking about this entry, I first felt hesitant to write and post it. I’ve mentioned before that I am a bride struggling with her weight, trying to work and get to a healthy range. Under normal circumstances, I prefer to shop alone so the horror stories of me and ill-fitting clothing stay between me and the fabric. My pending wedding frustrates me even more about my weight and then putting on sample dresses that most likely aren’t in my size sets me up to be pushed over the mental edge. However, when I decided to blog about my wedding, I wanted to make sure it was a honest portrayal: the good, the bad and the ugly. Even if I feel like I look like mashed potatoes stuffed in a sock in some of these pictures.

I made plans to go to a local boutique, One Enchanted Evening, and then a national retailer, Alfred Angelo. In order to circumvent a similar situation to the selection I saw at David’s Bridal, I asked the boutique about their plus size dresses and I was assured there was a big selection. The shop is about 30 minutes from my house so I took the woman’s word for it and scheduled the appointment. I wanted to make sure Alfred Angelo had a decent selection and the local store happens to be on my way home from work, so I swung by there and scoped things out for myself. All in all, the store had a good variety in the plus size dress samples (not as much as the “regular” size, but a decent amount) so I scheduled an appointment online when I got home.

Now before I get into photos and more details, Mr. PB must leave the building. Toodles! 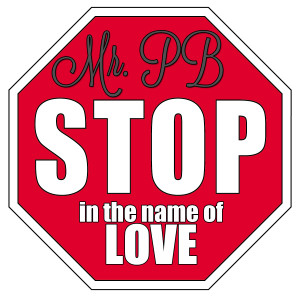 END_OF_DOCUMENT_TOKEN_TO_BE_REPLACED

Searching for the Big White Dress

After dreaming of dresses online, I went to David’s Bridal to look at the dresses on the hangers rather than just looking at them digitally and I wasn’t impressed. Not to say that they don’t have beautiful dresses there, just that the selection for the type of dress I was looking for was very limited in my size. And I definitely wasn’t interested in buying a dress without trying it on. And the alternates that the consultant was suggesting that I could potentially try on made me think of Marie Antoinette. So back to the computer I headed to be more thorough in my online searching.

END_OF_DOCUMENT_TOKEN_TO_BE_REPLACED

Growing up, I used to tell my step mom that one day I would wear white jeans and a white tank top to my wedding. To say I was a tomboy might be the understatement of the year.  Still to this day, I’d pick a hoodie and sweatpants over a frilly dress any day of the week. But for my wedding, I’ll definitely make an exception, especially with such a pretty image of what the bridesmaids will look like in my head.

Warning: I don’t want to be a total tease so I will let you know up front that I will not reveal my exact wedding dress. I will show you inspirations, dresses I’ve tried on and a similar photo from a designer website but I am not going to reveal the real thing. Sorry to disappoint but I figure if I am blogging about every other detail of the wedding, I should keep something a surprise! And remember, good things come to those who wait